Why Choose an Online Computer Science Program in Ohio? 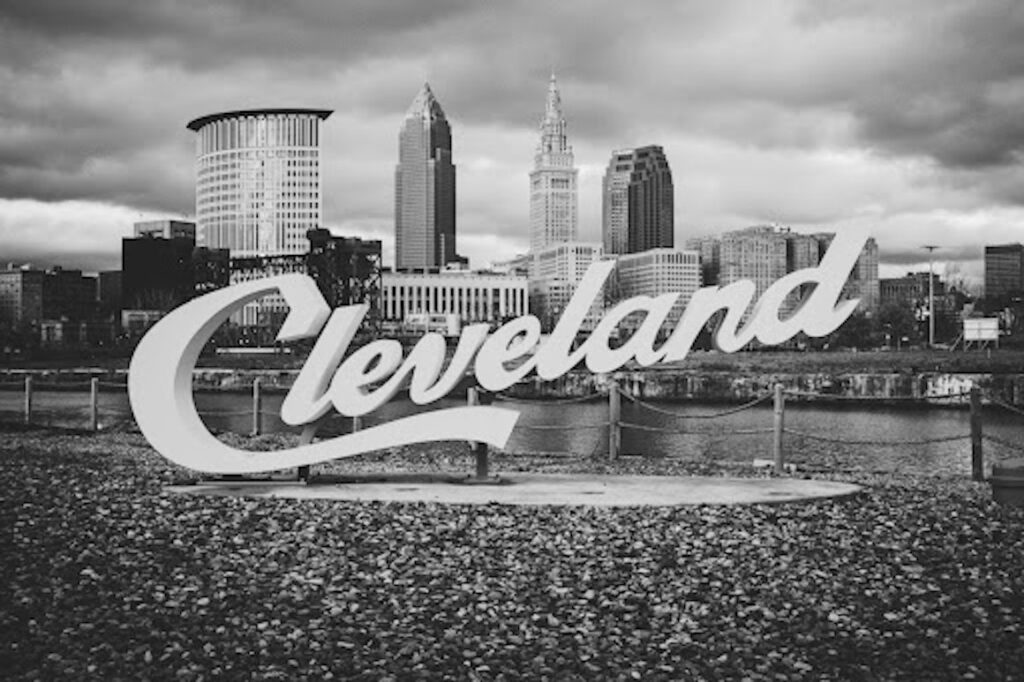 There are several reasons you might choose an online computer science master’s program over a program delivered on campus. Perhaps you want to attend one of the best computer science programs in Ohio or another state, but you don’t want to relocate. Maybe you have a lot on your plate and you’re looking for a program offered by a top-tier university that lets you learn at your own pace. Or it may be that you want to continue working full time while in graduate school so you can keep earning income and don’t miss out on any opportunities for advancement in your field.

Chances are, however, you’re not thinking about the locational benefits of pursuing an online Master of Science in Computer Science (MSCS) from a school like Case Western Reserve University in Cleveland, Ohio. You’ve probably given very little thought to the fact that Ohio is ranked No. 10 on CompTIA’s list of Top Cyberstates by Net Tech Employment. Or that Cleveland has become one of the Midwest’s most promising technology hubs, with an active and growing community of tech firms, startups and innovators. If you’ve never thought about moving to Ohio, you’re probably more interested in Case School of Engineering’s 140-year reputation for research excellence or the content of the university’s leading-edge MSCS curriculum.

Those are indeed important concerns, but don’t discount location as you research computer science master’s programs in Ohio and elsewhere. There are some surprising benefits to prioritizing geography in your search, even if you’re looking at 100% online degree programs.

It might feel counterintuitive to look at location when you’re researching master’s programs delivered virtually because universities typically design their online MSCS programs to ensure geography isn’t a barrier to success. There are, however, compelling reasons to think about where the programs you are most interested in are headquartered. If your goal is to excel in a specific field—e.g., computer science, technology, software or MedTech—you should focus your master’s degree search on programs offered by universities in locations associated with that field. Those higher education institutions are more likely to have useful connections with companies, organizations and thought leaders, which means you’ll have increased access to remote and on-the-ground internship and employment opportunities.

Case Western Reserve’s location in Cleveland, a hub of research and engineering, can be an asset even if you enroll in the online MSCS program. Right now, computer science and STEM professionals, government officials, corporations and higher ed institutions are working to position the city as a center of innovation.

The state of computer science and innovation in Ohio

Many people never look beyond California, New York, Virginia, Washington and Texas for technology jobs, but states with lower operating costs are attracting growing startups, established tech firms and companies in non-tech industries looking for innovation-friendly policies and STEM talent. Ohio’s operating environment is 70% less expensive for corporations than Silicon Valley. There are 55 Fortune 1000 companies headquartered in the state as well as more than 25 incubators in Ohio’s startup ecosystem and a growing number of data centers.

Statewide initiatives such as Ohio Third Frontier and JobsOhio have helped accelerate technology growth in the state, though much of that growth has been invisible because it is occurring in non-tech industries. Companies such as P&G, JPMorgan Chase, Progressive Insurance and Kroger—along with medical and research facilities and academic institutions—invest heavily in IT innovation, cybersecurity, data science, artificial intelligence and machine learning. There’s a growing community of interdisciplinary firms and nonprofit organizations collaborating to ensure Ohio’s major metropolitan areas are competitive nationally and globally in tech.

Cleveland as a rising technology city

A recent study of 102 cities across the U.S. by researchers Jonathan Gruber and Simon Johnson ranked Cleveland as the sixth most likely to become the “next great technology hub,” recognized for having a concentration of STEM talent, notable research universities and an abundance of venture capital. The Cleveland Innovation District, unveiled in 2021, brings together institutions such as Cleveland Clinic, Case Western Reserve, MetroHealth Medical Center and University Hospitals to accelerate information science and technology research and attract STEM talent. Recent successes led IBM to launch a division of IBM Watson Health in the city, and companies such as Hyland Software and OverDrive are helping position Cleveland as a leader in digital business.

Its top position comes down to robust public- and private-sector investment in technology startups, entrepreneurship, computer science and engineering, data science, IT, health science and fintech, as well as partnerships such as the Cleveland Health-Tech Corridor (HTC), which combines two of the city’s fastest-growing sectors. That, in turn, is driving job seekers to look at Cleveland instead of more prominent tech hubs such as Austin, Texas, or San Francisco, California, where the cost of living is higher and the competition is much more fierce.

What are the locational benefits of getting an MSCS at CWRU?

The university also maintains deep ties with some of the world’s largest engineering and science firms around the globe. You might pursue your computer science master’s remotely, but you will make regional connections that may help you land a valuable internship or job at a tough-to-break-into company—in your home state or in Ohio.

If you’re willing to relocate, having an MSCS conferred by one of the best computer science degree programs in Ohio will make you more competitive in the local job market. According to the CompTIA whitepaper linked above, Ohio is home to close to 18,000 technology companies. There were more than 122,000 open jobs in Ohio for professionals in IT, R&D, telecommunications, technology manufacturing and software development in 2020. There were also more than 141,000 job listings in and around the state posted by employers across industries looking for candidates with technical skills related to artificial intelligence, machine learning, data science, software and cybersecurity.

Regardless of where they study, Case School of Engineering students benefit from robust career counseling services and an expansive, collaborative network of more than 100,000 alumni located in 70 countries around the world who support one another with career advice and support, mentorship and more.

Should I get an MSCS from CWRU if I don’t live in Ohio?

If you meet Case School of Engineering’s admission prerequisites and your personal and professional goals align with those of the MSCS program, don’t let living outside Ohio deter you from applying. Case Western Reserve is home to one of the best computer science programs in Ohio—and in the United States. It is not only the top-ranked private research university in the state but also one of the best in the country, and it is ranked No. 1 in Ohio for best “return on tuition investment” by PayScale. Leiden World Ranking places Case Western Reserve University as No. 62 in the world. That’s why the Case School of Engineering alumni network and the university-wide alumni association have members across the globe.

You don’t have to move to Ohio to take advantage of everything Case Western Reserve has to offer. In the part-time MSCS program, you will take the same core computer science courses from the same world-renowned professors and instructors and learn both hard skills and in-demand human+ skills. You’ll also have ample opportunities to connect with peers, faculty and industry representatives in computer science and related STEM fields. You can even get involved with university, department and student organizations and participate in Case Western Reserve’s world-class research endeavors. Most importantly, you will earn the same diploma and the return on your investment will be the same as that of your on-campus peers.

If you do someday decide that Ohio is the place for you, you’ll have a built-in, on-the-ground network waiting for you in one of the most important tech cities in the U.S. and credentials from a university with a local reputation for producing highly skilled computer scientists. And if you don’t, you will still benefit from the knowledge you gain and the relationships you forge while enrolled in Case School of Engineering.

Case Western Reserve’s enrollment advisors are available via email at onlinemscs@case.edu and phone at 216.859.9922 to answer your questions about the value of an MSCS, why choosing Case Western Reserve will benefit your career, how long it takes to earn an MSCS and how to apply. You can also register for an upcoming webinar to learn more about what it takes to excel in a part-time computer science program.