Home / Blog / What Is a Master’s in Computer Science?

What Is a Master’s in Computer Science? 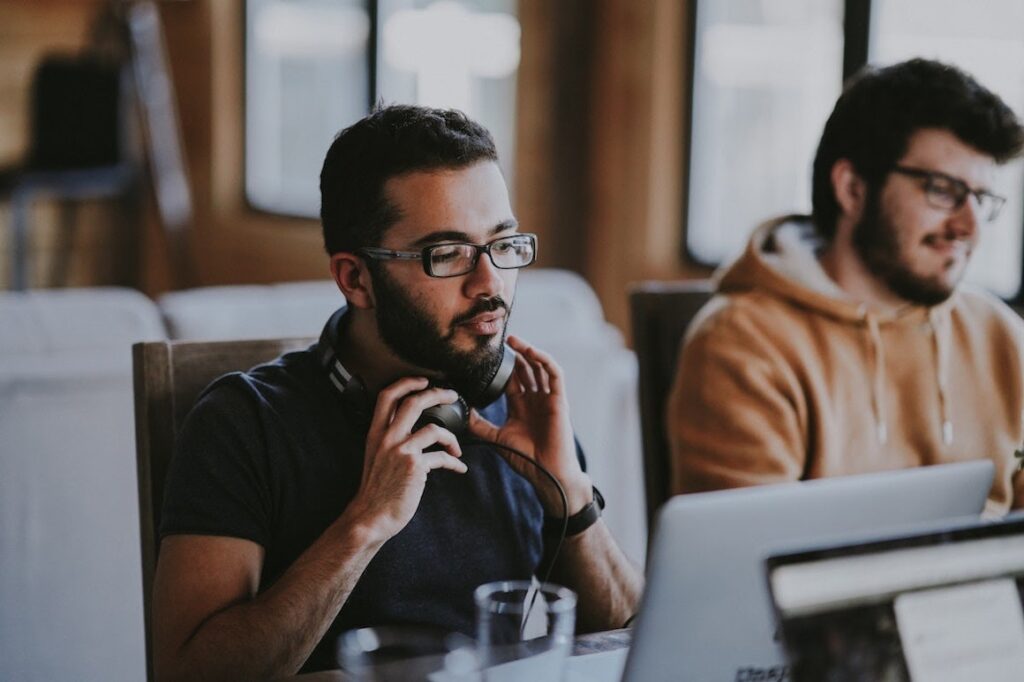 The demand for professionals with computer science skills is growing both in and out of tech. According to a report from Burning Glass Technologies and Oracle Academy, demand is especially high in not only programming, IT and data analysis but also manufacturing, design and marketing. Roughly two-thirds of the highest-paying job listings in those fields ask for computer science skills—and, in some cases, a master’s in computer science.

People assume the question ‘What is a master’s in computer science’ is a simple one to answer, but this degree is so versatile that you can’t accurately answer that question without asking and then answering a few more. The most important thing you need to know is that a computer science master’s such as Case Western Reserve University’s Online Master of Science in Computer Science (MSCS) can qualify you to step into more senior roles in a variety of industries—not just tech—while also boosting your earning potential. However, to stay focused after you’re admitted into a computer science master’s program, you need to understand what it is you’re aiming for and the impact you can make with this degree.

What is computer science?

Broadly, computer science is the study of computational technology and the systems governing it. It may be more accurate, however, to treat computer science not as a single discipline but as a range of related disciplines that each have numerous subdisciplines. Technologies driven by computer science now power a range of industries, including transportation, healthcare, manufacturing, education and financial services. For instance, many doctors and medical professionals use artificial intelligence to support clinical decision-making. Farmers can leverage machine learning and networked Internet of Things (IoT) systems to improve crop health and yields. Computer vision is making it easier to keep physical locations secure and to identify streets where traffic accidents are more likely to occur.

What distinguishes computer science from other areas of technology?

The easiest way to understand how computer science differs from related disciplines is to look at each in turn. For instance, cybersecurity is a branch of computer science focused on securing computers, networked systems and data against accidental or malicious misuse. Information systems professionals use computational technology to collect, process, store and analyze data. Information technology (IT) takes systems created by computer scientists and configures them to meet specific user needs. Software engineers apply the protocols of computer science when they design and maintain software-based computer systems.

What exactly is a master’s in computer science?

Program format also varies. There are immersive full-time, on-campus programs geared toward students fresh out of bachelor’s degree programs as well as hybrid programs made up of a mix of in-person and online courses. Other MSCS programs attract working professionals with significant experience.

The online computer science master’s offered by Case Western Reserve University’s Case School of Engineering is an example of an MSCS program for aspiring tech leaders who are skilled in multiple programming languages and software systems. Successful applicants are often already experienced software engineers, computer systems analysts and information systems specialists. Some are looking to pivot in technology careers while others want to advance in their current fields or transition into research.

How long does it take to earn a master’s in computer science at CWRU?

The significant variation among computer science master’s programs extends to program length. There are accelerated MSCS programs that take just one year to complete and part-time computer science master’s programs that last three years or more. Case Western Reserve’s 10-course, 30-credit online Master of Science in Computer Science program lasts five semesters when you take just two courses per term. You can graduate in under two years without taking time out of the workforce. While enrolled, you’ll complete a blend of self-paced coursework and live virtual classes in whatever order you prefer, and your weekly commitment will be about six to nine hours.

How much does a master’s in computer science usually cost?

Many prospective students ask this question, but the answer isn’t particularly illuminating because tuition rates vary widely from institution to institution and most students receive some form of financial assistance. It’s more accurate to assess the cost of a master’s in computer science by looking at the return on investment, or ROI, of this degree. For example, Case Western Reserve’s 30-credit online computer science master’s costs $1,500 per credit hour, which adds up to $45,000 total tuition—a figure lower than the MSCS tuition at many comparably prestigious institutions. Meanwhile, an MSCS can increase a computer and information systems professional’s lifetime earning potential by anywhere from $500,000 to $1 million—or even more—based on average salaries associated with computer science bachelor’s degrees and computer science master’s degrees.

Online computer science master’s degrees aren’t less expensive than on-campus programs on paper, but as a distance learner, your opportunity costs may be lower than those of your peers in on-campus programs. You can enroll in a distinguished computer science program without having to relocate, saving you thousands of dollars. You’ll continue earning income and accruing professional experience while enrolled, which means your short-term earning potential won’t be negatively affected by your decision to go to graduate school. And you won’t have to pay transportation expenses, which add up quickly for most commuter students.

What skills do students develop in MSCS programs?

Computer science master’s coursework differs from program to program, but highly ranked schools tend to cover concepts such as advanced programming paradigms, AI and intelligent systems, computational perception, algorithm analysis and design, networked systems, database systems, system security and privacy, data mining and software engineering. The programs that stand out as particularly excellent tend to teach both leading-edge technical skills and the kinds of transferable soft skills that many employers regard as especially valuable.

Case Western Reserve doesn’t distinguish between its in-person and online programs at the graduate level. You will graduate from the online computer science master’s program with leading-edge technical skills related to algorithms, computational theory, artificial intelligence, databases and data mining, as well as advanced soft skills related to communication, collaboration, intellectual flexibility, problem solving and leadership. You will also exit the distance program with deep domain knowledge of key areas of computer science, including AI, security and privacy, networking and software engineering.

Knowledge and skills aren’t all you’ll get out of Case School of Engineering’s MSCS program, however. You will study under industry leaders and renowned research scientists who bring cutting-edge scholarship to the core computer science coursework. You will also have ample opportunities to network with peers who are already accomplished developers and programmers, network engineers and architects, information systems analysts and managers, database administrators and security analysts. You can even join student groups, and the relationships you forge in and out of class may lead to opportunities down the road.

What can you do with a master’s in computer science?

A master’s degree in computer science can open many doors. Case Western Reserve faculty members are influential researchers doing paradigm-shifting work in computer science, and they can help you gain the skills and knowledge you need to tackle the world’s most pressing challenges with next-generation computer technology. Case School of Engineering also has a reputation for supporting inventors and entrepreneurs, and you can take part in the university’s research and entrepreneurship efforts as you pursue your degree. You can also use what you learn in the online MSCS program to pivot into a high-growth area of computer science such as cloud computing, zero-trust security or fintech, or work in niche and emerging areas of computing such as edge computing, intelligent systems design, robotics or computational perception. And your MSCS will give you the credentials to advance into management roles in and out of technology and ultimately, into the highest-paying roles in computer science.

How much money do computer science master’s holders make?

There are two ways to consider this question. You can look at averages across computer science-driven professions. Data collected by sites such as PayScale suggest the typical computer science bachelor’s degree holder earns about $87,000 while the typical Master of Science in Computer Science holder earns about $104,000—or nearly twice the median household income in the U.S. That’s a compelling figure but not one that tells the whole story.

To answer this question accurately, you need to look at mid- and senior-level salaries in different areas of computer science. Given the breadth of this discipline, it should come as no surprise that MSCS salaries vary considerably based on factors such as title and responsibilities. The typical information security analyst, software developer or mobile developer with a computer science master’s degree will probably earn close to the above average. Artificial intelligence specialists, software engineering managers, principal technical program managers, senior solutions architects and especially chief technology officers can earn a lot more.

Just be aware that a computer science master’s degree is not a one-way ticket to prosperity. You will also need experience, leading-edge skills and, above all, the professional connections necessary to get a foot in the door at high-profile technology companies known for paying well. Case Western Reserve master’s in computer science graduates regularly go on to work for top-paying technology companies such as Microsoft, Google, Amazon and IBM thanks to the strength of the networks they build while in the program.

Is CWRU’s online master’s in computer science the right program for you?

Choosing the right graduate program at the right university can be exceedingly challenging. First, you must decide whether an MSCS is the right degree for you. Think about where you are in your career, where you would like to be and whether an advanced degree will support your ambitions. Pursuing a Master of Science in Computer Science involves a significant investment of time, effort and money, so you should be sure the benefits are worth the costs before enrolling.

Calculating the financial return-on-investment of a master’s in computer science is relatively simple, but determining whether you can continue to advance in a computer science career without a master’s degree is often more difficult. There is, however, every reason to anticipate that you will eventually need a graduate degree to advance in this field. LaborInsight reports that nearly four in 10 computer science job listings require that applicants have master’s degrees, and employers across industries are raising educational standards. A CareerBuilder survey found that 33% of employers now hire applicants with graduate degrees for positions that once went to candidates with bachelor’s degrees.

You might also need a master’s in computer science to get a foot in the door in fields such as aerospace and defense or in computer science specializations such as AI, Human-Computer Interaction (HCI) and graphics. The same is true if your aspirations include landing a spot at companies such as Amazon, Facebook and Google, where between 21% and 36% of employees have graduate degrees. Ultimately, if you see that most people who work in your target field or for your dream company have master’s degrees, you will probably need one, too.

Case Western Reserve’s online MSCS may be right for you if you’re looking for a highly ranked master’s degree program offered by a top university that will challenge you intellectually without asking you to sacrifice income or work experience. Case School of Engineering, which has a reputation for excellence spanning 140 years, offers the part-time program 100% online so you and your fellow students can apply what you’re learning in the classroom right away. After graduation, you can participate in Case Alumni Association initiatives and events that will help you enlarge your professional network even further.

As to whether now is the time to enroll in a master’s in computer science program, only you can decide. If you’re still unsure, Case Western Reserve’s enrollment advisors are available via email at onlinemscs@case.edu and phone at 216.859.9922 to tell you more about this degree and about the benefits of earning a part-time online MSCS at Case School of Engineering.